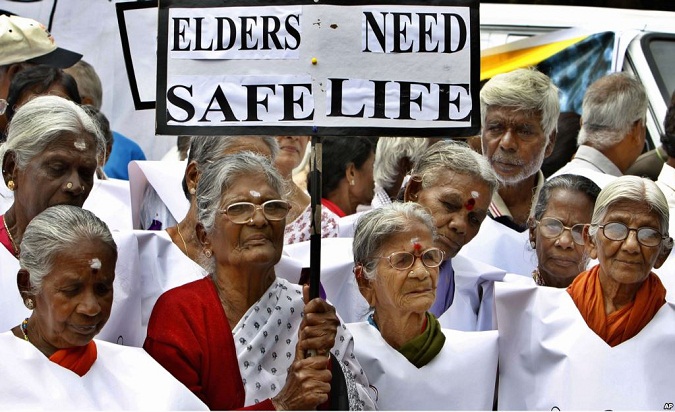 With demographic transition underway in India, the elderly population is projected to rise to 12% of the total population by 2025. The ever-increasing elderly population poses social and financial challenges and puts immense strain on the health system due to marked shift toward chronic non-communicable diseases. Besides, social factors like fewer children in each family, increased employment opportunities for women, who were traditionally taking care of the old in India, rapid urbanization and rise of nuclear families call for more focus on geriatric issues, both medical and socio-economic. The elderly in India are a heterogeneous population with variations in morbidity across several variables like gender, location and socioeconomic status, as well as wide diversity in culture and religion. At least 65% of India’s old live in rural areas and are illiterate and economically dependent. Thus, there is a need to address the medical and socio-economic problems of this vulnerable group and promote healthy ageing.

Needs of an Ageing Population

Empowering the senior individuals enables them to make informed and independent choices, more compliant to health care, enhances their contribution in financial and social fronts.

2. Ease of access to healthcare helps in decreasing the gap between the health care services and the elderly. Special out-patient departments in hospitals are crucial to address their basic problems and requirements.

3. Independence and Autonomy is crucial to enable the elderly for decision making and leading a life of self esteem.

4. End of life care issues need to be addressed appropriately and a care taker has to be identified who may be actively involved in decision making.

Older women seem to be more insecure financial and emotionally, have poor health deprived of shelter space and independence. Frailty and resultant disability in the elderly may further cripple their lifestyle.

The multifarious dimensions of ageing in India are a transition from one set of social roles to another. Age and ageing are equally related to role taking, value orientations and mode of behaviour. Some advocates it’s a state of decay of role in society, financial and social decline.

Quality of life in them is multidimensional. A micro analytic study identified the needs depending on age and sex economic status, social and financial wellbeing.

2. Physical work participation of older persons 40.3% (60.2% in men and 20.9% for women). They require an elderly welfare scheme which may help in easing their daily struggles to earn a living.

3. Crumbling system of joint families leading to an increase in nuclear families has resulted in difficulty in maintaining long term care for older people.

4. Migration of children/family bread earners are now seen drifting to cities or to foreign lands with a reluctance or inability of older parents to move with the children. This creates unique problems in long term care with no care taker left for their everyday problems.

5. For those who are chronically ill, the home care facilities are very scant; if available they may pose a huge financial burden on the care taker.

6. India has unique social structure where female has always been dependent on her male counterpart in the family for social and financial security situation which makes the situation grimmer for widows.

7. Loneliness and psychiatric problems are very common especially in those with no care takers.

The growth of the elderly population in the coming decades will bring with it unprecedented burdens of morbidity and mortality across the country. As we have outlined, key challenges to access to health for the Indian elderly include social barriers shaped by gender and other axes of social inequality (religion, caste, socioeconomic status, stigma). Physical barriers include reduced mobility, declining social engagement, and the limited reach of the health system. Health affordability constraints include limitations in income, employment, and assets, as well as the limitations of financial protection offered for health expenditures in the Indian health system.

Join the discussion and tell us your opinion.